Harry Potter's new book, a biography of the great prison reformer Alexander Paterson, has been published by Boydell and Brewer today. In this book, Harry paints a fascinating portrait of a war veteran, charity worker, author and giant of prison reform.

There is little written about Alexander Paterson, and up until now there was no biography. For an individual so prominent in his own lifetime, Paterson has faded from the public arena, known by none but criminologists and penologists. Harry Potter hopes to rectify this and bring to greater public notice a man lauded in his own day as being of a similar stature to John Howard and Elizabeth Fry. Harry’s research for this book resulted in his tracking down of Paterson’s niece and grandchildren who provided the family archives. The National Archives also contain a lot of material about him.

In brief, Alexander Paterson was born in Bowdon, Cheshire in 1884 of a family that was both staunchly Unitarian and staunchly Liberal (his father was Churchill’s electoral agent).

At the age of 17 Alec took up a place at University College, Oxford in 1902 to read Greats. While there his closest friends were Clem Attlee and Barclay Baron. He also became a lifelong friend of the then Master, Reginald Macan. During his time at university he was an avid writer of newspaper articles, a prominent debater at the Union, and an inveterate worker among the poor of Oxford.

He then spent the years 1904-14 working for Dr Stansfled and the Oxford Medical Mission among the slum dwellers of Bermondsey. During this time he published Across the Bridges, an astonishingly influential account of life on the South London riverside. In 1914 he joined the Bermondsey Battalion as a private, reluctantly accepted promotion as the casualty rate among subalterns rose, and finished the Great War as a captain with the MC. He wrote part of the Divisional History and was a founder member of Talbot House and the international Christian movement, Toc H. Toc H was founded in 1922 to perpetuate the rock and ethos of Talbot House in England, to preserve the camaraderie of the trenches and to engage former soldiers in particular in social and other good works.

In 1922 he was appointed one of the three Prison Commissioners and for the succeeding 25 years he dominated the panel scene both here and abroad. Indeed, under him Britain was at the forefront of penal reform, borstals were seen as the panacea for crime, prisoner numbers were dropping and prisons closing.

Among his many achievements was the closure of Devil’s Island, the outwitting of Goebbels and Frank at the Penal and Penitentiary Congress held in Berlin in 19135, and the repatriation of many ‘enemy aliens’ - mainly Jews - from internment in Canada. Worn out, and ill, he died in 1947, shortly after being knighted. 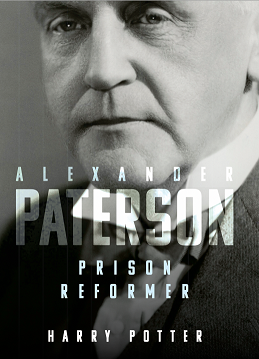